You can use the CAI AxisGIS Online Interactive Map.

Open Database
Want to Get Involved?
The Town currently has 5 vacancies at this time.
See Open Positions 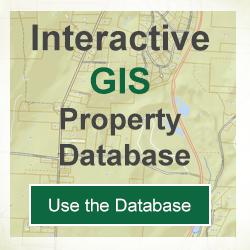 More than eighty percent of Vermont municipalities have adopted zoning regulations. Such regulations date nationally to the 1924 Standard State Zoning Enabling Act. In Vermont, the first zoning statutes were adopted in 1931. Those statutes authorized a "zoning commission" to write bylaws and create a local zoning map.

Zoning regulations involve the use of local police power to regulate and restrict property use. Such power was first upheld by the U.S. Supreme Court in 1926, in the landmark case Village of Euclid v. Ambler Realty Company (272 U.S. 365). Then and even today, however, it was recognized that zoning is an unusual exemption from the common law rights of property, and that it must be balanced with constitutionally guaranteed property rights.

Nationally, the need to link zoning regulations to plans for development was recognized early on. Courts sustained that connection. Vermont adopted its own requirement that zoning be based on objectives set out in comprehensive plans in 1968, in the Vermont Planning and Development Act (24 V.S.A., Chapter 117). All Vermont municipalities must conform to the requirements of the Act, which include provisions regarding municipal and regional planning commissions, town development plans, bylaws, municipal panels such as development review boards, and appeals.

In Shaftsbury, the Planning Commission develops bylaw language, which the voters approve or disapprove. Its role is entirely advisory. The Development Review Board (DRB) is a quasi-judicial body, implementing bylaws regarding "conditional uses" (that is, uses the Zoning Administrator may not sign off on) and subdivisions. Zoning Administrator and DRB decisions may be appealed by a statutorily defined "interested party."

(Much of the above was drawn from Implementation Manual. Zoning Regulations. 2007, Vermont Land Use Education and Training Collaborative, www.vpic.info.)


The Shaftsbury Zoning Bylaw specifies what permits and approvals must be secured before a person or business may begin development activities. The bylaw governs; this FAQ is only a summary of zoning laws. The full bylaw and its appendices can be found on this page. Or you can receive a copy and get answers to other zoning questions by contacting the zoning administrator at zoning@shaftsburyvt.gov. Activities generally requiring a permit include but are not limited to:

A zoning permit is generally not required for: For situations not listed, please contact the zoning office for advice.

What must be shown on the site plan depends on the nature of the proposed activity or structure. At minimum, a site plan might include, to scale:

It is the responsibility of the application to obtain accurate boundary line information for the application. The Town's tax maps (available on line at www.axisgis.com) are a good source of information. The site is searchable by name, address, and parcel number. The tax maps are not as reliable as a survey. The Town maintains copies of some, but far from all, surveys dating back to the 1970s.

The Shaftsbury zoning bylaw requires that certain site improvements and structures be located a minimum number of feet from the front, side and rear yard lines. The setback requirements vary according to zoning district. Setbacks are also required from streams.

State law requires a 15-day appeal period after the permit is approved before construction can commence, during which time an abutting landowner or other interested person as defined by the state can appeal the permit's issuance. A successful appeal could require a landowner to un-do any improvements made before the expiration of the appeal period.

The Vermont Department of Environmental Conservation administers many State permit programs, including those related to water and wastewater, stormwater, rivers and streams, wetlands, floodplains, underground oil tanks, and more. The State's web-based Permit Navigator produces a downloadable/printable guide to help you through the permitting and planning processes and to help you learn about what may be required based on your unique situation. Or a permit specialist can help answer your questions. For more information, visit www.dec.vermont.gov or contact our regional Community Assistance Specialist, Rick Oberkirch, at 802-282-6488

Zoning Common Questions were adapted with permission from the Town of Londonderry, Vermont in May 2022.

Want to Get Involved?
The Town currently has 5 vacancies at this time.
See Open Positions